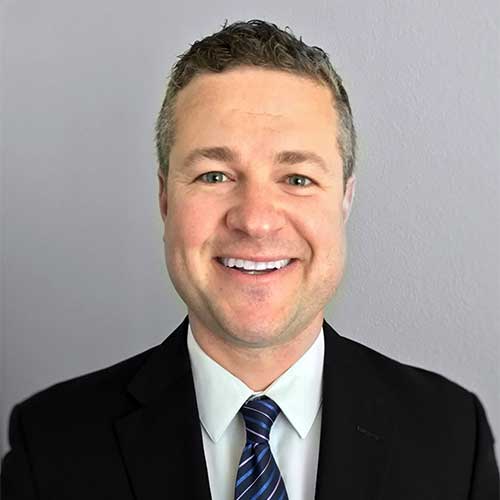 After months of sheltering in place, it should come as no surprise that claims volumes are down. COVID-19 has impacted markets around the globe, and has produced ripple effects in the auto insurance market that are influencing many aspects of the claims ecosystem—from the global supply chain to workflows to the car parc itself. So what does this mean for collision repair and the claims industry as a whole? Three early indicators have already emerged that could have a long-lasting impact.

Even when lockdown orders are lifted and business restrictions eased, most analysts predict there is likely to be a subset of the population that still works from home—at least for a portion of the workweek. This may well be a long-term structural change to our modern work environment, resulting in fewer cars on the road. However, even with fewer cars, claim volumes could actually increase beyond pre-COVID levels. A lingering need for social distancing may cause some people to turn away from shared forms of transportation—such as ride-sharing and mass transit—and use their own vehicles. Uber announced massive layoffs as ridership has declined over 80% since the start of the pandemic and Lyft has experienced similar declines. We are also headed into the busy summer travel season and with the majority of consumers shunning the airline travel industry, people are looking for other ways to vacation. Going on a road trip will likely be the most convenient and affordable way to do so (especially with the fall in gas prices).

In 2019, over 70% of new vehicles sold were light trucks and SUVs. Even though this segment of the market is more fuel efficient than ever before, traditional passenger cars still have a leg up on miles per gallon. The recent drop in gas prices (almost 30% since the start of the year) could accelerate consumer preferences toward trucks and SUVs as they become even more economical to own and operate. The ongoing growth and potential acceleration of the truck and SUV market mean greater cost pressures on the insurance industry as these vehicles are typically 15% more costly to repair than traditional passenger vehicles.1 The dramatic drop in the cost of fuel also has the potential to stall the growing electric vehicle (EV) market that made up almost 3% of new vehicle sales in 2019. This is likely a short-term effect as the EV segment moves toward greater price parity with internal combustion engine (ICE) vehicles. OEMs have made significant strides toward electrification over the past five years, which is not something that can easily be unwound. They are investing heavily in their EV strategies and governments around the world have issued mandates and incentives for growing the EV portion of the car parc. Though we could see a flattening of EV sales frequency in 2020, the long-term forecast for growth remains robust.

All of the major OEMs halted production at both vehicle assembly and component manufacturing plants throughout most of March and April 2020. By early May, however, European and Asian facilities were coming back online and some North American plants resumed operations as early as May 18. In the near term and with the help of reduced claim volumes, many U.S. shop owners have indicated to Mitchell that they are not yet having difficulties procuring OEM parts. That said, certain markets have faced acute challenges—particularly in Canada where dealership shutdowns were more common. Additionally, aftermarket production has continued almost uninterrupted as Taiwan faced limited exposure to COVID-19 and contained the virus quickly. Recycled parts providers have also continued operations as their businesses were deemed essential. Many recyclers maintain a healthy backlog of vehicles to replenish their inventory since there is typically a lag of several weeks or months between when a vehicle arrives from auction and when it is dismantled. How exactly the global parts supply chain will be impacted longer term still remains a question. Recyclers face the uncertainty of lasting reductions in total loss volumes, which means fewer salvage vehicles to purchase for parts. New parts manufacturers (both OEM and aftermarket), on the other hand, must carefully balance the need to replenish depleted inventories with operating at reduced capacity—making it critical to know how much to produce in an environment where claims frequency is anything but normal. Although the pandemic’s ripple effect will have lasting impacts, many signs already point to an increase in personal vehicle use, which has positive repercussions for both the insurance and collision repair industries. Providers all throughout the claims ecosystem will learn lessons from this experience—and those that use this as an opportunity to reimagine how they do business will be best equipped to adapt to changing conditions that position them for long-term growth.

1Based on Mitchell estimating data.

Third-party claims can be challenging for adjusters, so we invited Chris Williamson, senior manager of product management at Mitchell, to explain some solutions to make the process run a little more smoothly.

How the Inflation Reduction Act could affect workers' comp

On June 21, 2022, the U.S. Supreme Court released an order list for a host of cases before the Court. As part of the list, the Court noted the requests for two workers’ compensation case reviews (Musta v Mendota Heights Dental, et al, and Bierbach v Digger’s Polaris, et al) that had been denied. These two cases dealt with rulings in the state of Minnesota related to employers being required to reimburse for medical marijuana for a workers’ compensation claim.