How do you provide a safety net for over 100,000 workers who are not your employees without their contact information? For nearly two decades, The Black Car Fund (The Fund) has found a way through innovative solutions and remaining relevant with the changing times.

Having no workers' compensation insurance left them with no medical care, no money to pay bills, and put a strain on themselves, their families and the economy as a whole.

In 1999, the New York state legislature recognized a need for a program to deliver employment benefits to independent workers—specifically workers’ compensation for for-hire vehicle drivers injured on the job. This statute was the first of its kind in the United States and covered all drivers affiliated with The Fund’s member dispatch bases. “It's a unique situation created under New York law that provides solid workers' compensation coverage for drivers who wouldn't ordinarily have it,” says Eric Hornick, CCO and actuary of The Black Car Fund. “Before the fund existed, there was no workers' compensation insurance for any of these drivers. Most of whom are the primary breadwinners for their families, and having no workers' compensation insurance left them with no medical care, no money to pay bills, and put a strain on themselves, their families and the economy as a whole.” The Fund doesn’t utilize a standard insurance premium model. Instead, it derives its funding from a 2.5 percent passenger-paid surcharge added on top of the fare. Over time it has enabled The Fund to become a self-insured and self-administered fund. In the last few years, The Fund has been a strong advocate for legislation that protects ride-sharing service drivers of companies such as Uber and Lyft. This new market increased its participant base by more than 1,000 percent in approximately five years. Today, The Fund has over 400 member bases and collectively, more than 130,000 affiliated drivers covered by workers' compensation.

The Rise of the Independent Workforce

According to the most recent Bureau of Labor Statistics data, an estimated ten percent of U.S. workers have full-time alternative employment arrangements such as independent contracting work. However, that number is more than double with the Americans who augment a part of their income from alternative employment or “gig” work, such as driving for Uber or Lyft. The result of this trend is that millions of workers across the country are currently ineligible for certain employment benefits. 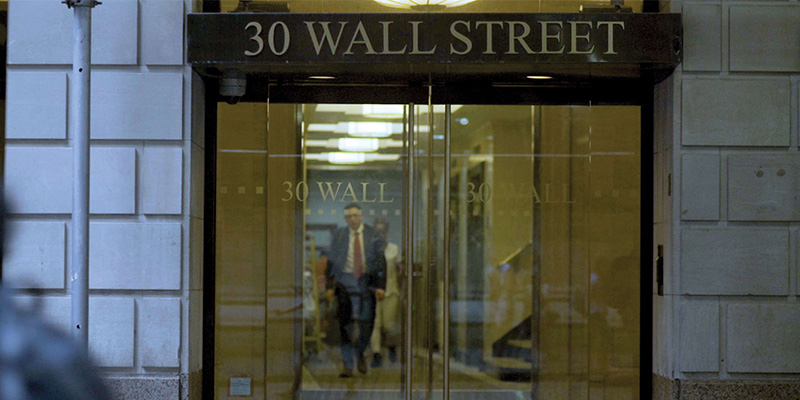 For over 100 years, since New York enacted the first state-based workers’ compensation laws, employees have received benefits through their employers. “Basically anything that we’ve [made] to create a social safety net, we’ve attached only to employee status, and not to anyone else,” says reporter Sarah Kessler. While The Fund is addressing the needs of drivers in the transportation industry in New York State, there remains an opportunity for other states to devise new ways of delivering benefits to independent workers across all sectors.

Finding Drivers Before They Fall through the Cracks

As the third most traffic-congested city in the world, New York City is known for its traffic jams. While there are physical risks associated with being on the road, it also takes its toll on psychological well-being. Add to that the burden of lost wages due to an accident or injury on the job, and for-hire vehicle drivers are facing more internal and external pressure than ever before. “In the past five years, the streets in New York have gotten incredibly congested, and there's been increased stress on these drivers both from driving as well as from a financial perspective,” acknowledges The Black Car Fund CFO and COO Dave Perine. “So we recognized a real need to ensure that their mental well-being was taken into consideration because it not only affects drivers; it affects their families.”

The advocacy for a state statute to form The Black Car Fund was the first of many hurdles the Black Car ground transportation industry took on to ensure New York State car service drivers don’t fall through the cracks. Another is reaching them and communicating the benefits they’re entitled to receive. As Hornick describes, “one of the difficult things about insuring drivers for workers' compensation when they're not your employees, it's just finding them. While they are our employees for workers' compensation purposes, we don't actually know who they are until they contact us.” Unsurprisingly, the drivers covered by The Fund are always on the road, which makes building awareness an added challenge.

Some might say, ‘well if they're not putting in any claims, that's great.’ But we're a non-profit, and we're there to serve the drivers. So, we want them to know what they're entitled to with us.

Outreach by Whatever Means Possible

How do you reach people in their cars? If you’re The Black Car Fund, you reach them by whatever means possible. As Executive Director Ira Goldstein states, “We have to do a lot in terms of outreach to make sure the drivers know the benefits that they have. Some might say, ‘well, if they're not putting in any claims, that's great.’ But we're a non-profit, and we're there to serve as the drivers. So, we want them to know what they're entitled to with us.” Getting claimants to report accidents more quickly also allows BCF’s claim team to review documentation and provide benefits in a timely manner. In addition to their website and mobile app, The Fund’s team places ads in local trade papers and uses social media to get the word out. They also organize and attend various driver events, setting up tables and distributing promotional materials. They get the best response when they show up in areas where drivers are waiting, such as cell phone lots or gas stations outside of airports. Moreover, by sticking with car-related materials, whether it's an emergency car kit or pamphlets for the glove compartment, they’re staying at the forefront of a driver’s mind.  What better way to be visible than with a “Vision Van?” Last year, The Fund added a vision plan that includes a van stationed at areas heavily trafficked by drivers. Drivers can walk-in and get an eye exam or schedule one in the network of over 200 outlets. 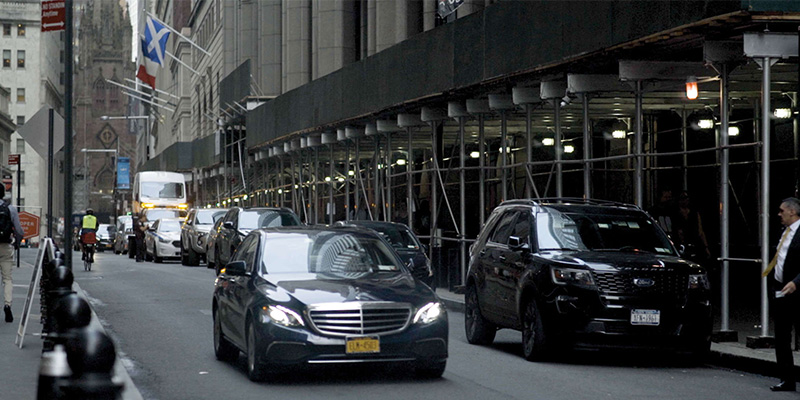 Going Beyond What is Required

In response to high rates of depression, stress and anxiety and an epidemic of for-hire vehicle driver suicides, The Black Car Fund introduced a host of additional benefits to provide drivers with much-needed support and to save lives. The multi-pronged program is tailored to meet drivers where they are–physically, mentally and in their language. The program includes:

Over the years, The Fund continued to go beyond what workers’ compensation laws require, such as when it expanded their wellness benefits to include 24/7 telemedicine consultations with board certified doctors for drivers and their families. Each of these additional services is intended to improve the lives of independent workers, whether they are struggling with an issue, have had an accident or were injured on the job. They also serve The Fund’s underlying goal of getting drivers back to work more quickly with less worry.

The results of the additional benefits are a win-win for the drivers, their riders, and others on the road. Not only are these services free for drivers affiliated with The Fund’s Covered Bases to encourage them to live healthier lives, but they also get compensated for attending classes to make up for the loss of potential income during that time. Since drivers want to attend the wellness and safety classes and get paid for their participation, these offerings are in high demand. “We’ve started to see some of our other programs become more popular too, particularly eyeglasses and some of the other benefits that we're offering through telemedicine,” says Perine. Professional drivers are quite isolated from one another, spending long days behind the wheel. Drivers have found that the weekly driver discussion circles provide an in-person way to connect, raise concerns and gain coping skills. One group counselor remarked, “We have been blown away by how ready drivers are to open up about what they are going through.”

The drivers are healthier, both physically and mentally. More importantly, they feel like they're cared for because they know we have their back.

The Executive Chairman of The Black Car Fund, Berj Haroutunian, hears first-hand every day from the dispatch member bases about how happy they are with the services The Fund provides. “The drivers are healthier, both physically and mentally. More importantly, they feel like they're cared for because they know we have their back.” It stands to reason that a healthy and secure workforce also benefits the passengers taking approximately 5 million trips per week in for-hire vehicles.

As gig work becomes even more prevalent, BCF is looking at how it can continue to grow and serve those left out of traditional full-time employment benefits. With that in mind, they will be introducing a new program called S.A.F.E. ID. (Safety Advancement for Excellence in Driving). Through telematics technology, The Fund hopes to greatly reduce the First Notice of Loss (FNOL) by getting real-time data when a driver was in an auto accident. To encourage drivers to participate in the pilot S.A.F.ID program, The Fund partnered with a top New York-based insurance carrier to use the data to expand safe driving education, reduce auto insurance premiums, and provide other industry-related discounts for drivers that are meeting and exceeding safety standards outlined in the program. As BCF expands its portable workers’ compensation benefits by offering additional services that look after drivers and their families, covered drivers can provide a higher level of safety and service to their riders. 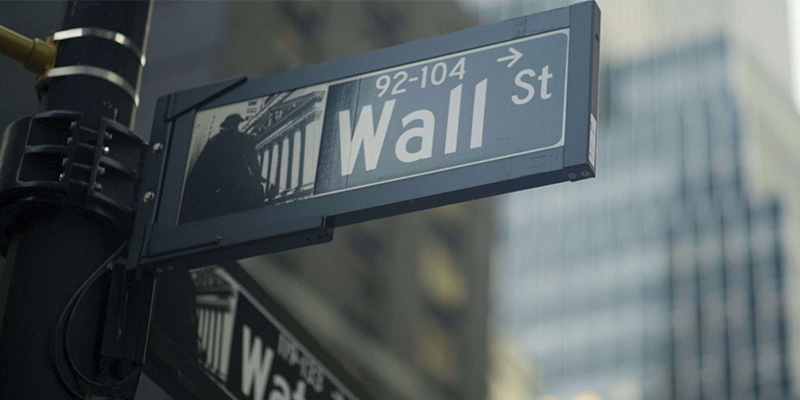 The way people work is changing, but government policies are slow to adapt. Yet in one case, a program in New York was ahead of its time.

Ahead of Its Time or Just in Time?

An NPR series on the evolution of the American workforce notes that experts often cite The Black Car Fund as a model for how benefits might function in the future. “The way people work is changing, but government policies are slow to adapt. Yet in one case, a program in New York was ahead of its time.” That’s one reason why BCF has been willing to share its success stories with other jurisdictions and other industries. “We are more than happy to share our model,” explains Perine, “certainly there's a lot of interest that's been generated, especially with the tremendous growth of gig economy.” As more and more for-hire drivers are suffering from mental and financial challenges, The Fund’s motto of “the drivers come first” is always at the top of their mind. They are committed to providing meaningful help to not only improve lives–but also to save them.

Listen to our podcast with the Black Car Fund to learn more about their impact on the gig economy in New York.

The medical management software provider that you select

As medical costs continue to rise, workers’ compensation payors are looking for methods to identify expenses that can be controlled and ways to han

How Technology and Data Can Enhance Medical Management

Medical management—utilization review specifically—has historically been handled manually, and tends to require a great deal of administrative over